Haven’t you answered this already?

Over the years I have written various blogs and been interviewed by numerous people. The question of why I started YPT has come up regularly. In these type of affairs you tend to give a sugar coated response, the romanticized view of your life if you will. This does not mean it’s not true, hence why I say sugar coated.

What I will do with this article is say why I actually started YPT, warts an all, good and bad and the events in my life that led me to where I am today. And where am I today? Stuck in Cambodia due to Coronavirus, writing this blog and hoping that people read it.

I was born in Shepherds Bush in West London, but spent my formative years in Chatham, Kent. If you don’t know Chatham it is where the phrase “chav:” comes from.

Chav comes from the Romany term Chavi meaning child. There were lots of gypsies where I lived, so when I was a kid we would call each other “chav”. It had no negative connotations, “alright Chav” being a common greeting.

Was I a Chav? Yes, I probably was. I was one of those little shits driving on the streets,causing trouble and doing things that I shouldn’t.

When I was at school I was a bit naughty. I managed to get suspended a few times, but I was also decent academically and when it came to business. I ran a book on the top scorer of the 1994 World Cup and 1994-95 Premier League. I made good money from both. I also got caught for both.

This resulted in me getting suspended from school. Big up though to Mr Reilly the one teacher who covertly supported me. I was also a bit like “Red” in Shawshank Redemption. If you wanted something I could get it for you.

In 1996 just after finishing school, I was to visit Bangladesh with my best friend of the time. I went travelling for the first time at 15. My 16th birthday was spent swimming in flood water in Bangladesh. I didn’t realise at the time but this would have a profound affect on the rest of my life.

My first job job was packing fruit for minimum wage at 16. I lasted 5 hours. It was then though that I discovered my calling, Telesales. I was one of those annoying dickheads that sold couple glazing on the phone. I did so well at it that I changed to door sales, which I did even better at. By the time I was 17 I was earning a ton of money and was even a boss. I got to sack my first person at 17, ah the first of many.

I had my own place by this point, moved companies and thought that double glazing selling would potentially be my life calling! It was not, I fell out with my boss and ended up jobless. Alas I now had bills to pay.

I was a frozen fish salesman

My next job was much less money, but I got to sit in an office and take lots of free food. I got a job as a salesman for VR Frozen Foods. This involved phoning chip shops and kebab shops and selling them, well fish and chips.

The only plus point to the job was that I got to take home free Pukka Pies. I really got into Pukka Pies.

I decided to leave with grand dreams of “doing something better”. Better ended up me selling Franking labels for Mailroom supplies. A franking label is a thing you put on oversized post.

We would cold call people and literally pretend to be their regular supplier and hope that when they received the goods they really didn’t want that they would not bother sending them back.

Not a very noble career choice, but again I was earning a ton of money. All good things come to an end though. On Tuesday night at Amadeus Nightclub they had a 70’s night, and I never went into work on Wednesdays. It was time to call it a day.

I was now living with my ex-teacher

The owners of the house I was living in decided to sell it, so I briefly looked like going homeless. I was friends with one of my old teachers who said I could live with her. So I did. This was an interesting phase in my life.

I also got an extremely well paying job selling gas and electric for SEABOARD. Huge money, but very unethical and a horrible life. I ended up leaving on the brink of a nervous breakdown. I had though saved enough money to support myself for a bit.

The next few months were spent drinking and enjoying daytime television in the nice house I now lived in. It was minor golden era for me, but alas soon enough it would become time for me to work again.

After the summer I got a job working in and after-school play scheme, which I ended up being the Supervisor, like a boss! It wasn’t great money, but it kept the wolf from the door as its were.

I was though not really doing all that much with my life.

There was a town called Chattenden, which was an ex military barracks. It had since been changed to council housing. If you don’t know what a council house is, it is subsidized housing in the UK owned by the state. These areas thus tend to be pretty working class.

There were a few charities working in the area, I talked them into getting me to run a drama workshop once a week. Initially it was just a part-time job, but as the following summer came up the local government told them that would not be providing a summer childcare/play-scheme service.

I was asked to organize one, which I duly did. My first proper business lasted 6 weeks, employed a number of staff and did pretty well. Sadly it happened a mere 3-4 months before I was to leave the UK. I honestly think if i’d decided to stay in the UK that I would have made this business a success.

I had though decided to move to the Cayman Islands.

Why did I decide to move to the Cayman Islands?

In 1999 I wen t to Tunisia with an ex-girlfriend. Me being me I made my presence known and made lots of friends. After a particularly amusing stint with me on the karaoke I got talking to an older couple from Liverpool. They told me that their son worked in the Cayman Islands and that I should go out there. I was given a name and address written n a beer mat. Said beer mat went into my wallet (for a long time), but an ideas was now put in my head.

Things plodded on in the UK like this for a while. Essentially I was doing menial jobs and before starting my business looking at zero prospects in the UK. Essentially I had no education. I was not living the dream and the very realistic prospect of doing nothing with my life was starting to depress me.

The straw that broke the camels back

For want of a better word one night at a club, I had an epiphany/nervous breakdown. A few difficult days were had, before I simply decided that I was going to move to the Cayman Islands. I wrote a date in my diary September 27th, 2002.

I told my girlfriend of the time my plans, she asked if she could come, I said yes and we started saving and planning. We told our families what we were doing, no one believed us, at all.

Compared to every departure since this one was epic. We had going away parties for a whole week and when we headed to the airport on October 27th 2001 there was convoy of 6 cars, including her family, and friends of the both of us.

And yes I did recreate the scene from Armageddon by lifting her up and singing “leaving on a jet-plane”.

We then boarded a flight to the Cayman Islands without a job any idea of where we might stay and well pretty fucking clueless to be honest.

I didn’t matter though, our lives were about to change more than we could ever imagine.

And that is The YPT story Part 1 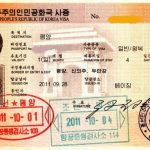 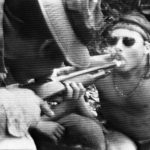