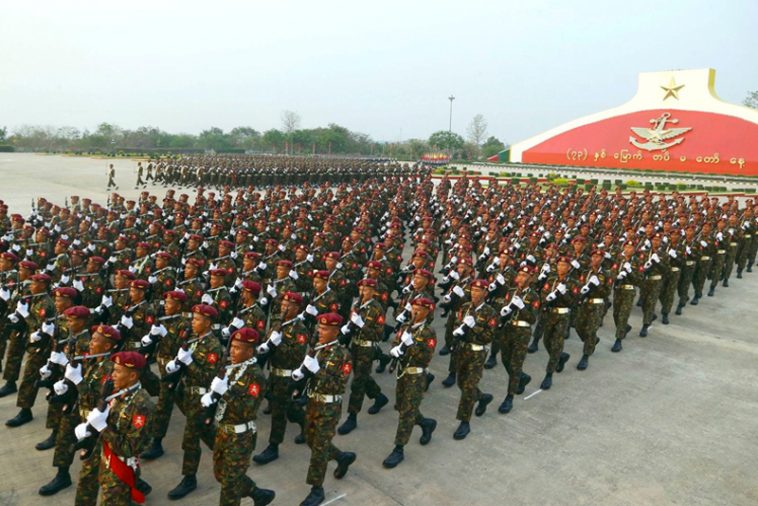 Why has the military taken over in Myanmar? And how will the world react? Military television has announced that the feared Tatmataw would be taking over the reigns of government again after disputed elections.

But why are they doing this and indeed how will the world react?

Want to read more in depth analysis? Subscribe for as little as 10 cents per day.

A background to the Tatmataw

Tatmataw is the Burmese name for the military and they have been in power in some way shape or form since 1962.

Between 1948 – 1962 Burma was almost a beacon of democracy for the region having been led to independence by Aung San, the father of the recently detained “State Counsellor” of Myanmar, the defect head of state.

In some respects it could be seen as a form of Buddhist Socialism, which you can read about here.

Socialism and the 8888 rising

Throughout this period the economy remained in free-fall and the overall situation for the citizens were dire. This led to protests by students every few years, all of which were violently dispersed. This was to come to a head in the protests of 1988.

The so called 8888 rising was started by students on the 8th August 1988. From here it spread throughout the country. In contrast to other protests this was joined by monks and regular citizens as well as students. Again it was violently suppressed,, but on the 18th September things had got so bad that the military intervened.

The Owelian funding SLORC took over the country, but with the promise of free and fair elections in 1990. Don’t forget the political context of the time, the eastern bloc was falling and there was genuine hope that Burma had potentially turned the corner.

Aung San Suu Kyi was to stand out as a national icon and it was widely suspected that she would win the elections through her National League for Democracy. She duly won 392 out of 492 seats in the national parliament. This shocked the military who had hoped their party would win the elections. This put Tatmataw in a bit of pickle, should they give up power, or not? Spoiler alert they decided to keep power.

The SLORC refused to cede power and the country remained a military dictatorship until 2011 In 1997 they renamed SLORC to the State Peace and Development Council (SPDC), but essentially very little had changed.

During this time Burma, which had now changed its name to Myanmar was under extremely harsh international sanctions, rivaling even North Korea. Aung San Suu Kyi during this period was darling of the west, winning the Nobel Peace Prize and presenting a veneer of class from her period under house arrest.

She was the guiding light that would one day bring prosperity and democracy to Myanmar, or at least that was the theory.

The slow road to democracy

The military began dismantling the strict military dictatorship in 2008, a slow road that was accompanied by a gradual loosening of sanctions. Even though the military never had to really give up all that much power the country still managed to rejoin the international community.

There is even a McDonalds in Burma now, something that would have been unheard of 10 years ago.

To read about which countries have McDonalds click here (link).

Th arm won the elections of 2010, but the National League fro Democracy had yet to be legalized and the stage was seemingly set for the return of Aung San Suu Kyi.

The 2015 Burmese election and beyond

The NLFD won a majority in both houses of parliament and though Suu Kyi was occasionally barred from serving as president she was to get the title of State Counselor. Remember when Putin was “Prime-Minister”. Kind of like that kind of gig.

It should be remembered that during this period the military were guaranteed a certain amount of seats in etc houses of representatives and still held considerable power i  the country. It is almost like the international community turned a blind eye so that business could enter the country.

The world had waited for 25 years for Aung San Suu Kyi to become the Burmese leader, and she took no time in making here mark. Sadly it was not in the way that many in the west would have liked.

The Rohingya are a Muslim minority in Myanmar. The Burmese say they are not Burmese, but actually Bangladeshi. This has led to what has been described as genocide on their people. A genocide overseen by and often justified by Suu Kyi. Obviously she and the government of Myanmar despite the claims of genocide, but her actions have seen her stock fall quite quickly in the west. Many colleges for example withdrawing honorary doctorates. You know that kind of thing, no actual sanctions though.

The 2020 election and Military Intervention

The NLD won the 2020 Myanmar general election on November 8 in a landslide, again winning majorities in both houses of parliament.The army cried foul and said they would “take action”. And take action they did.

On February 1st on the first day of the opening of parliament Suu Kyi and other leaders members of the government were arrested. Military TV announced that there had been a coup. Military chief Min Aung Hlaing took power with a state of emergency being declared. Does this all sound a bit familiar?

Why has the military taken over in Myanmar?

No one quite knows, but we can certainly have a fair guess. Essentially the military only gave up power because of international pressure and sanctions. They found that for a time at least they could largely keep power, but with a veneer of democracy. As the road map continued they were slowly losing more power. No one likes to lose power.

They took over because they could

Why has the military taken over in Myanmar? Quite simply probably because they could and knew they could get away with it. Suu Kyi and her government have not only been accused of genocide, but are very much no longer darlings of the west. Had they been there would have been outcry at the military taking over the country (again), but largely the international reaction has been mute at best.

It is without doubt that the military will still continue to keep the country open for business, particularly with China. It also follows a common trend in the region that prefers strongman governments to weak democracies.

Why has the military taken over in Myanmar and what is the international reaction?

This will likely put the west in a bit of a pickle. The US now under Joe Biden has formally come out and condemned the coup, as have countries such as the UK, Australia and New Zealand have come out and officially denounced the coup. The US has even threatened to re-introduce sanctions , but there’s a problem. We have now been doing business in Burma for 10+ years, do we support Suu Kyi despite her faults in the name of democracy? Or should we just turn a blind eye like we do with many other countries.

Yet it is in other countries where the reaction is slightly more interesting. China, Thailand, Cambodia and the Philippines have all refused to take sides and called it an “internal matter”.  Other countries in the region, such as Singapore and South Korea have merely called for dialogue, again rather than specifically picking a side.

Whether Trump started this polarization,or not is up for debate, but the world is no longer happy to follow the western lead blindly. South and South-East Asian countries are going to make policies that suit their countries, not the western narrative.

Regardless of why has the military taken over in Myanmar, it has certainly marked the start of what is likely to be an equally weird year as 2020. 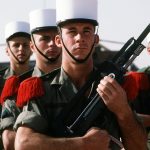