So, Foreign Paratroopers From Where?

If you’ve read the ypt.life article about the French Foreign Legion in Algeria, you’ll know exactly where this is going! The French Foreign Legion is a military unit within the French military that consists mostly of foreign volunteers to fight for France. Notorious for their brutal training and elite fighting spirit, there is an even more elite unit within the legion itself: the 2nd Foreign Parachute Regiment. (2e Régiment Étranger de Parachutistes, 2e REP). If you take a look at the 2nd REP insignia above, you’ll notice it contains a dragon, harking back to their days in the Indo-China wars; the number two, designating their unit; and of course the emblem of the FFL.

The 2nd REP was established in 1955 in Algeria and participated in the Algerian War alongside the 1st REP. Headquartered in Philippeville (present day Skikda), the regiment moved to Bou-Sfer in 1967 as the Algerians gained independence. Being the last airborne regiment, it incorporated the remnants of the 1st and 3rd REP, and finally relocated to its current base of operations near Calvi, Corsica.

Being an airborne unit, the 2nd REP is part of France’s 11th Parachute Brigade, which comprises of their airborne infantry units. The foreign paratroopers wear the same insignia on their beret as the french regular paratroopers, but adopted a green beret instead of the the standard red. Up until recently, its men have been deployed to Iraq, Afghanistan, Mali, Niger, Chad, Zaire, Ivory Coast, Somalia, and the former Yugoslavia. They have also been deployed to many areas of French influence including the Central African Republic, Chad, Djibouti, Lebanon, Rwanda, and Gabon.

As of 2021, the 2nd REP is organized into 9 companies, being the largest regiment in the French Foreign Legion. Each company is dedicated to a specific type of warfare as follows:

In addition, there are 3 more companies. HQ & Logistics (CAL), Administration and Logistics Support (CAS), and the exemplary Combat Support Company (CA) which contains unique platoons, each specializing in the most highly trained and refined types of warfare. This company can deploy at a moment’s notice to provide advanced levels of support for the regular combat companies listed above. This also includes a platoon of elite GCP commandos of the 11th Parachute Brigade.

The Battle of Kolwezi–also known as Operation Leopard– was a very successful operation that helped the 2nd REP gain international fame due to massive media coverage. The operation involved rescuing 2,000 European and Zairian hostages during an insurrection in the former Zaire; now known as the Democratic Republic of Congo. The town of Kolwezi was an important mining town of Katanga Province that was invaded by several thousand rebels of the left-wing Congolese National Liberation Front. The rebels wanted to have access to the rich mining resources in the region and to separate it and the Katanga region from Zaire.

The details of this battle are intricate and deserve an article alone . However, the paratroopers of the 2nd REP were the ones to respond with superior logistics, planning, and the element of surprise, when no one else was willing to jump in! Check out the link above for more details.

Want to Learn More From People Who Were There?

We also have Simon Murray who wrote about his experience in his memoir “Legionnaire”. He served in the 3e CIE of the 2nd REP in the 1960s, and was in Algeria to witness the General’s Putsch and the complete restructuring of the French Foreign Legion. 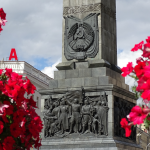 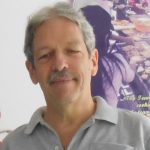