What is the only recognized country without land? The short answer is the Sovereign Military Order of Malta (SMOM), but the tale of these not all that Maltese Knights needs a lot more explanation…

Who Are the Sovereign Military Order of Malta?

Well, let’s give them their fun, fancy name! Officially the Sovereign Military Hospitaller Order of Saint John of Jerusalem, of Rhodes and of Malta (Italian: Sovrano Militare Ordine Ospedaliero di San Giovanni di Gerusalemme di Rodi e di Malta; Latin: Supremus Militaris Ordo Hospitalarius Sancti Ioannis Hierosolymitani Rhodiensis et Melitensis), AKA the Sovereign Military Order of Malta is a former army for hire that became doctors, then homeless then what they are today, which is hard to explain. They’ve been described as the smallest country on earth, the only country without land, and a bunch of knobs that like to play dress-up (and have their own passports.

What Is the History of the Sovereign Military Order of Malta?

Founded in 1048 to build a hospital in Jerusalem to maintain and look after pilgrims, they predate many modern-day genuine countries. In 1113 it came directly under the auspices of the Holy See (the Pope), which meant it could be whatever the hell it liked without interference from busybodies. The original knights were bound by the monastic vows of poverty, obedience, and chastity. Whether any of them lived opulent lifestyles and still maidens (as hot chicks were called at the time) has not been confirmed.

Under the constitution of the Kingdom of Jerusalem, a Christian state there were obliged to protect the weak and poor of the nation militarily during the crusades. This was the beginning of the SMOM guns, or rather the swords for hire phase.

When the Holy Land fell to the infidels in 1291, the Order found themselves homeless for the first time and initially settled in Cyprus. After partying in Cyprus and (probably) founding the club culture in Aya Napa, the group were forced to move again.

In 1310, led by Grand Master Fra’ Foulques de Villaret, the knights regrouped on the island of Rhodes. Now whilst it might sound like they were merely touring the best beaches of Europe, their job was to protect Christendom from the Muslims, as well as doing the odd crusade in Egypt and Syria.

It was also at this time that the military element to the Order began to kick in truly, and they started their own baller navy.

It also kind of became its own country being governed by the Grand Master, the Prince of Rhodes, and its Council. It held diplomatic relations with other (Christian countries) was allowed to keep its own army and navy and, like a proper country, made its own money.

In 1523, after six months of siege and fierce fighting against the fleet and army of the completely not up his own ass Sultan Suleiman the Magnificent, the Knights surrendered Rhodes and become international hobos again.

7 Years of Wilderness for the Knights

From 1523 – 1530, the Order was again officially homeless, and whilst no one can confirm they probably spent this time riding about on their boats looking for somewhere nice to “settle down,” which they achieved in 1530.

Birth of the Sovereign Military Order of Malta

Grand Master Fra’ Philippe de Villiers de l’Isle Adam took possession of the island of Malta, granted to the Order by Emperor Charles V, Holy Roman Emperor and his mother Queen Joanna of Castile as monarchs of Sicily, with the approval of Pope Clement VII.

The Sovereign Military Order of Malta thus became the new Pope-approved tenants of Malta. Entirely what the Maltese (not to be confused with the chocolate maltezers) thought of this no one knows or indeed has cared to record historically.

Being a religious order dedicated to chastity, poverty, and obedience, they did decide to do exactly what “God Would Have Wanted” and decided to get some colonies in the Caribbean.

They acquired the islands of Saint Barthélemy, Saint Christopher, Saint Croix and Saint Martin, and they were kept for 14 years before being sold to the French, who still possess them today.

Now whilst you might look at it and say that the Hospitaller colonization of the Americas was a complete failure, it was still a lot more profitable and successful than the Scottish colonisation of the Americas which comprised a number of failed or abandoned Scottish settlements in North America; as well as a colony at the Darien Gap which bankrupted the “country”.

For the next hundred-odd years, the Knights successfully protected their island from Muslim invaders only to finally end up getting screwed by who else but the French.

To summarize what happened, Napoleon asked if he could dock his ships to get water, food, and ladies of the night. Grand Wizard Ferdinand von Hompesch zu Bolheim said only two could dock at a time, and Napoleon took over half the country and the Order duly surrendered in 1799.

Stuff was about to go seriously downhill for the order….

The Years of Exile

Forced out of Malta, the Order got really sad and campaigned for governments to help them get back to Malta. Sweden even offered the nights the ice-cold shit hole of Gotland, which they refused. To be fair after living by the beach for 700 years, would you want to live on a Swedish Island?

The Order Get Punked by the UK

Everyone eventually agreed that that the Order should be given Malta back with the UK, even declaring war on France. Following the French defeat and the UK taking over Malta, they decided that rather than give it back, they’d much rather just actually keep it. The Order again became sad.

What is the only recognized country without land? – The move to Rome

After turning down the offer of Gotland from Sweden, the Order was no longer in a place to be “picky,” and in 1834 the precursor of the Sovereign Military Order of Malta settled definitively in Rome, where it was granted extraterritorial status at the Magistral Palace in Via Condotti 68 and the Magistral Villa on the Aventine Hill.

It was at this point that as a country without land, they decided to give up on the whole military part of their name and concentrate more on the Hospitalier part. Thus the Sovereign Military Order of Malta as we not it today was born! Catholics that would help treat victims of war rather than just war for the Pope. Hurrah!

The SMOM during World War 2

The Order Managed to stay neutral during WW2 and ironically after the war and, due to their extraterritorial status, had a larger air force than the Italian Republic.

Will the real Malta please stand up?

Malta that is the country of Malta, remained a colony of the UK before gaining its independence in 1964 as the Republic of Malta.

This leads to the peculiar state of affairs of two “countries,” both calling themselves Malta and indeed claiming Malta. This led to a situation that surely had to be fixed, and thus, the Republic of Malta and the Sovereign Military Order of Malta duly had to meet to decide who was actually the real Malta.

Thus two treaties were signed in 1991 and 1998 that declared that Malta was the real Malta, but the Sovereign Military Order of Malta could have extraterritoriality of the upper portion of Fort St. Angelo in the city of Birgu. They could have this so that both Malta’s could save face and as long as both the flag of the Republic of Malta and Sovereign Military order of Malta flags were flown side by side.

The Burning Question Is the Sovereign Military Order of Malta a Country?

Let us look at the facts here! The SMOM might not have land, but it has a history and culture, unlike the genuine UN nation of Australia.

Most importantly, though, they are kind of members of the UN, make their own passports and have two tiny bits of land.

Therefore the Sovereign Military Order, with its history of racism, war and colonialism, is not only a real country but surely a proud European one! 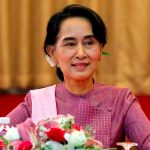 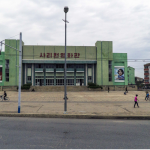