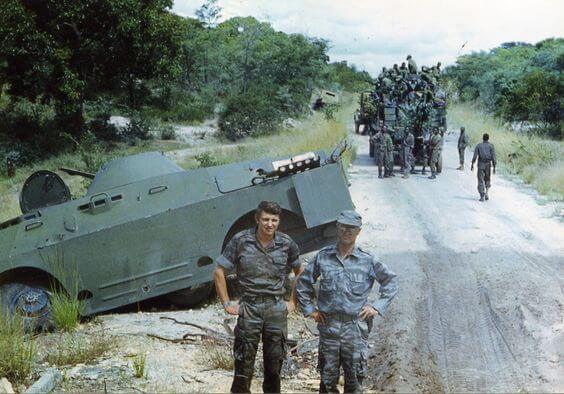 When we talk about the Cold War, we automatically imagine the USSR and the U.S. fighting over who is better. What we often forget or simply not aware of is what was going on behind the curtains. One piece of history that is still rather neglected is the Soviet Union’s ties with African countries during the time.

When it all began

After World War II, the USSR and the United States found themselves in a very heated situation. The tension was so high that it almost led to it escalating into a full on conflict on a few occasions. Both states were doing all they could in order to better and prove themselves. When nuclear arms proliferation came into place in the late 1950s and early 1960s, both nations realized something. They needed to expand the influence they had over other states. Gaining power over the “Third World” countries and finding allies to actually fight the conventional wars was vital.

It is often suggested that the Cold War was the most peaceful war to have occured in history. Is it really? What about all the proxy wars that occurred as a result of the tension between the Soviet Union and the United States? It is fair to say that this part of history is not talked about very often.

The role of Africa

What happened in Africa during the Cold War is one part of this rather neglected history. After the decolonization process began and the colonial powers backed off, the African continent was left very vulnerable. The United States and especially the Soviet Union used this vulnerability in order to fulfill their own interests.

They needed to befriend these governments and use them to their advantage. As a result, few proxy wars took place in the central, eastern and southern region of Africa. Their consequences were devastating for the continent. They lead to a destabilization of the regions where the wars occured. Results of this destabilization included more wars, cases of genocide and broken economies.

As a result of the decolonization process, African states became independent. This is precisely when the Soviet Union began forming stable ties with African states. Essentially, the main goal was to transform Africa by making it socialist. Of course nothing ever comes for free, so the Soviets needed to give something in return. The only way for Africans to embrace the socialist ideas was to provide them with huge financial help.

Thus, they began helping the development of their African allies in the 1960s until the collapse of the Soviet Union. During this time, Moscow was sending officers, engineers, and technical specialists to work on rebuilding the infrastructure.

With their help, a huge number of enterprises, factories and plants were built. Some of the countries that had the strongest ties with the Soviets were Angola, Congo, Nigeria, Ethiopia, Egypt and Guinea. Moreover, many African students were welcomed in Soviet universities, while Soviet medics were sent there to help. Overall, a big chunk of the Soviet Union’s resources was focused on providing Africans with financial assistance.

You may ask why did they only start doing this in the 1960s and not earlier? Well, after the end of World War II, the Soviets were simply too busy with their own affairs. They were putting all their resources in order to keep their industry going and protecting themselves. While they were sending some money to Africa, the amount was almost insignificant.

It is only when Africa became independent when the Soviets really became interested. This was their opportunity. An opportunity that was going to give them a lot of power. Whilst the Soviet Union was aiding the African state from rather selfish reasons, there was more to it. The Soviet Union’s political relations with Africa were also determined by some other facts.

To start with, Africa is a continent where states generally have conflicts with each other for many other reasons. Since they are weak states, the ability for the Soviet Union to project its power over them is easy enough. However, this also creates further dilemmas of its own. One prime example is The Ogaden War between Ethiopia and Somalia that occured between 1977 and 1978. While the Soviets tried to maintain their relation with both states, this was obviously not possible. They had to choose a side, and they chose Ethiopia. Consequently, the Soviet Union ended up incurring costs with some Islamic countries for leaving Somalia.

There is one main conclusion we can take out of this conflict. Africa cannot be controlled by the Soviet Union regardless of being its sponsor. The Soviet Union was facing risks regardless of whether it was getting or not getting involved in such conflicts. Since African states are far from equal when it comes to wealth, power, and military capability, conflicts are expected to occur. It is true that the love affair of the Soviet Union with Africa helped decrease the power of the U.S. However, it also brought to costs, entanglements, and risks for the Soviet Union.

In the end, everything looked better on paper than in reality. As a result, the Soviet Union collapsed and it lost to a big degree its influence over Africa. 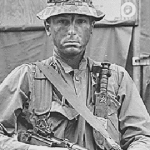 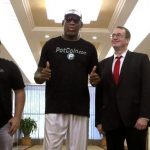