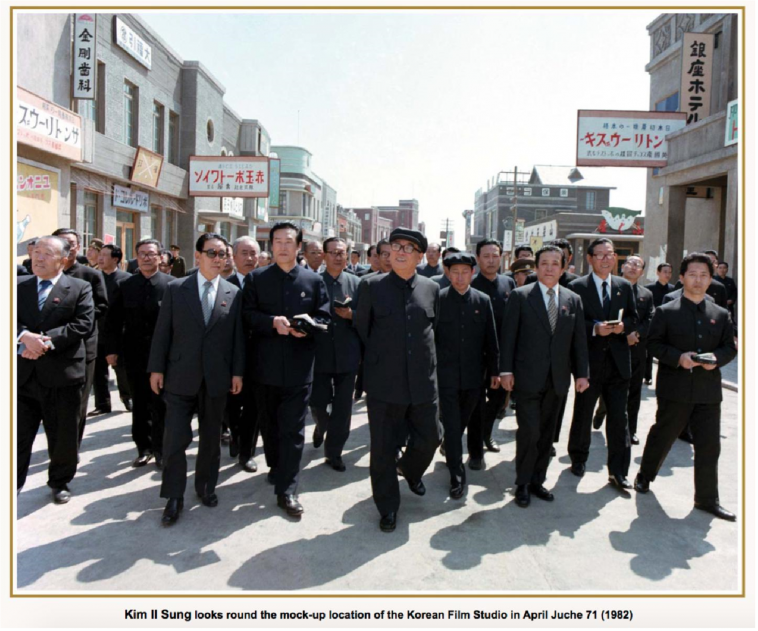 PART ONE: A BRIEF HISTORY OF NORTH KOREAN CINEMA

“THE GENUINE MISSION OF FILM ART IS TO TEACH THE PEOPLE THE TRUTH OF LIFE AND ILLUMINATE THE ROAD OF STRUGGLE FOR THEM.” – KIM IL SUNG

Most examinations of North Korean cinema and North Korean films feature supercilious critiques which often resort to mockery as reviewers comment as they would on a Hollywood or commercial production. While watching North Korean movies, it is important to view them in the context of their relation to the state. Cinema has been a political tool, not only for the North Korean government, but also for other autocratic governments. North Korea’s founder and president, Kim Il Sung, articulated his government’s use of film himself in a 1960s essay:

Film is the best form of propaganda for the party. It can be shown to multitude of people in multiple places. Film is capable of projecting a long period of history in just a couple of hours. It is a better form than novels or newspapers in educating workers. Film is also superior to the theater in a sense that is not confined by the boundaries of the stage.

One critique of North Korean films and cinema is that it features repetitive themes. It is true that one would be hard-pressed to find a film where the underlying message is not either the glorification of martyrdom for the state or films in the mold of socialist realism that depict North Korea as a utopia. These themes are oft-repeated, the only major difference being the backdrop. Depending on the production, political messages are delivered through stories set in feudal Korea, during the Japanese occupation, the Korean War, or through a depiction of life in North Korea versus that in the South.  To be fair, North Korean produced literature about its film industry admits that the films “[combined] lofty ideological content…with high artistic value.”

Even today, North Korea is not singular in its control of the country’s cinema. Anyone living in China knows that it is very difficult to find an officially released title that is not about China’s civil war, struggle against the Japanese, or an action film imbued with patriotic themes. The 2017 Chinese blockbuster Wolf Warrior 2 is about a Chinese special ops soldier who has to save Chinese nationals when a civil war/plague epidemic breaks out in the country of “Africa.” It is just a North Korean film with a much larger budget. I watched the movie with a Chinese audience and, though the propagandistic elements would appear ridiculous to a foreign audience, people were jumping out of their chairs and cheering, others were crying, and the girl sitting next to me gripped my arm in suspense.

North Korea’s exact cinematic output is difficult to confirm, and even more difficult to research if one does not speak Korean. A 2016 English-language overview of Korea’s cinema, “Korean Film Art,” provides some more detail. The book profiles 177 feature films, 14 TV dramas, 14 documentaries, 11 science films, and 15 animated films. The official number is likely several times high when one considers that some of the TV dramas are long running serials, and that most films feature two-parts, with some having up to 5 installments. Also among the list of feature films is the Nation and Destiny series, arguably the longest-running film series ever with 62 installments produced between 1992 and 2002. Additionally, one must account for the rumors that various films were deleted from the DPRK’s catalog following various purgers of actors and directors (see the story of actress Woo In Hee).

Cinema of the DPRK and politics

According to her state biography, Kim Jong Suk, Kim Il Sung’s first wife and mother of Kim Jong Il, helped with the production. Not only did My Home Village help to propagate the myth of Kim Il Sung, but when Kim Jong Il later became involved in North Korea’s film industry, propagandists harkened back to My Home Village while extolling Jong Il’s cinematic genius. From Great Man and Cinema:

One spring day in 1949 when he was 7 years old he…joined in previewing the working film My Home Village, the first of its kind in Korea.

The film showed the winter scenes with falling snow. At this sight Comrade Kim Jong Il shook his head dubiously and told an official of the film studio that he wondered why no snow was found on the heads and shoulders of the characters while it came down copiously.

The official blushed with shame in spite of himself because because Comrade Kim Jong Il was right. He noticed that a bad job was made of trick shots.

Comrade Kim Jong Il again remarked that the snow was not lifelike, and asked the official if it was bits of cotton wool.

Again. Bits of white cotton wool were sprinkled to make them look like snowflakes, but they were too crude to produce the intended effect. Afterwards, the scenes were re-photographed.

One might be surprised to learn that the North Korean film industry grew to include multiple studios, organizations and institutions. The Korean Film Studio was founded in 1946 by Kim Il Sung and later renovated and expanded under Kim Jong Il. The studio is famous for having produced some of the DPRK’s seminal films like The Flower Girl and the aforementioned The Nation and Destiny series. The sprawling, one-million square meter complex features backlots depicting feudal Korean villages, Korea under Japanese rule, Western-style streets and houses, a working railway line and a South Korean street replete with the prerequisite details of decadence like Cocoa-Cola ads, brothels and a movie poster for The Seven Year Itch. At one time, the studio employed up to 1,200 personnel. Today backlots and facilities are open to tourists and the studio, its crew, personnel and practices were featured in the 2012 Singaporean documentary The Great North Korean Picture Show as well the 2013 Australian documentary Aim High In Creation.

Also located in Pyongyang is the April 25 Film Studio, known previously as the February 8th Film Studio. According to North Korean film literature, the studio was established on May 16, 1959  “under the warm care of the great leader Kim Jong Il,” who at that time was only 18 years old! Mainly focused on North Koreans films about war, the studio is said to have produced over 500 titles “representing the lives of soldiers of the Korean People’s Army…[and] the Fatherland Liberation War in the 1950s, the class education and the reality in Songun era depicting the true lives of the Korean People and soldiers.” Its notable movies include Wolmi Islamd, A Broad Bellflower and Order No. 27.

The Pyongyang International Film Festival was founded in 1987, originally as the Film Festival of Non-Aligned and Other Developing Countries, and has been held bi-annually since 1990. The event has grown to include a wide selection of international films from British comedies, U.S. coproductions, and even featured the first horror film to be shown in North Korea. It certainly does not just include North Korean films.

PIFF was held originally at the brutalist, concrete International Cinema House on Yanggak Island near the Yanngakdo Hotel. Since 2014, it has been held at a variety of cinemas and theaters around the city. 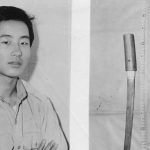 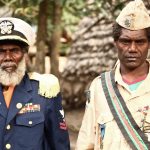